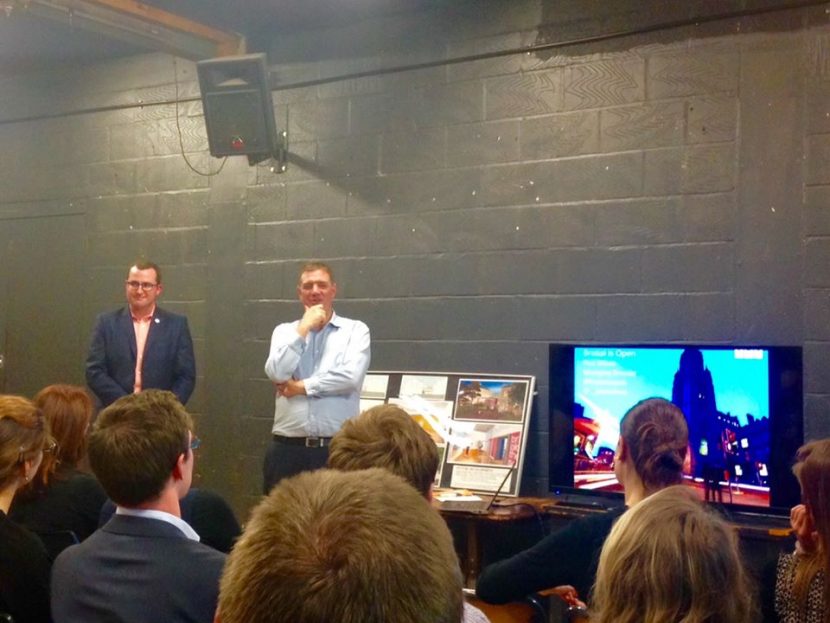 Our most recent monthly members meeting was held in the slightly alternative but very interesting location of The Bristol Old Vic Theatre School, Clifton in June (on the first Tuesday of the month of course).

We heard from Paul Rummer from the school who provided an explanation of their training programmes, alongside some mild name dropping of a selection of impressive previous graduates that have succeeded in their fields (Olivia Coleman at the forefront!) The development plans for the expansion of the building were also divulged.

Our main speaker was Paul Wilson from Bristol is Open and the topic of the presentation detailed how Bristol is becoming the world’s first programmable city. The city that we live in and represent has been described as a ‘laboratory for change’; examples include world firsts such as the IMAX theatre, smart grids on renewable energy systems, and a 4k cinema in the Watershed.

The world of Smart Cities is becoming a hot topic and the full minutes from the meeting are available in the link below:

A couple of badly lit images from the meeting are included in this post, approximately 50 members attended and we had an impressive group of new recruits up to introduce themselves and their respective companies again!

More information about BJC activities and the next monthly meeting are circulated in the weekly email as well, so keep in the loop.